Missing 100% Of The Shots You Don’t Take 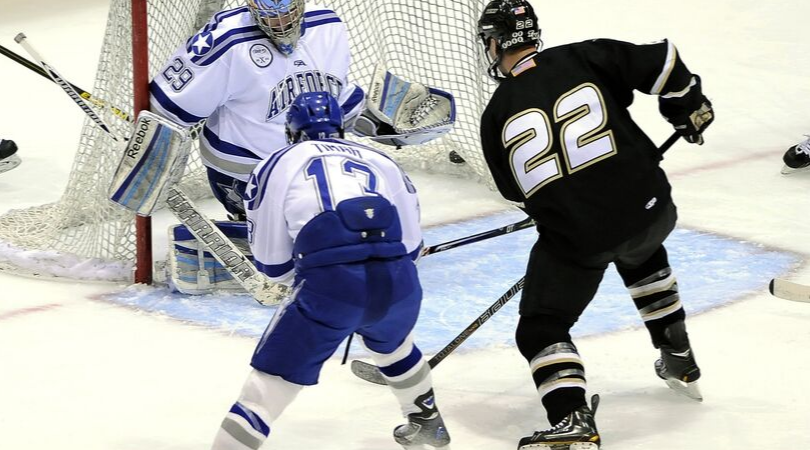 Time for yet another confession: This office, like many, is split into two sides.

You have the sales side, and you have the accounting/compliance/underwriting/risk management side.

Our sales side is exactly like every sales side ever:  Full of people who have waaaaay too much confidence, and would pick a fight with Mike Tyson expecting to win.

They’re great at selling things.  They’re also great at making sure that the rest of us develop grey hair at an expedited rate.

Accounting/compliance/underwriting/risk management, on the other hand, is filled with the types who question whether sunroofs are prudent.

That’s…why they’re in charge of making sure we don’t lose our shirts. They’re good at that.

As I’ve discussed before, this balance of personalities is essential for any company:  If we let our salespeople call all of the shots, we’d be lending millions to Enron right now.  If our head accountant had her way, absolutely nothing would pass underwriting, since even Risk Management likes risk a little too much.

As for me, well, I have the good fortune of being the go-between for these two sides.

I know. I know. Just try to contain your envy.

I mean, who doesn’t want to be the mediator between a risk-averse accounting department, a sales guy who thinks that established business hours are a suggestion, and a few hundred construction crews?

Recently, in the midst of this dream come true, I had one of those weeks.

You know the kind: Sales did their sales thing. Accounting did their accounting thing.  The two meshed up exactly as well as you might expect, and I got the fun of dealing with it all.  It’s…why people get paid to do this job, as opposed to us running a lottery system in which volunteers enter to win a chance at performing my job for the day.*

However, as the dust settled, and my blood pressure went back down, I realized that there really is a lot to be learned from both sides.

It turns out that both Wayne Gretzky and Michael Scott were right: You miss 100% of the shots you don’t take.

Sometimes it’s a tough shot, and the odds are against you. If you were to ask any prudent person about what your odds of success on that particular shot looked like, they’d tell you to quit playing hockey and pull your head out of your butt…and they’d be right.

But, even the worst shots occasionally go in.

Granted, nine times out of ten, the puck misses the goal, but since they’re taking 100 shots a day, that means a lot of points are going up on the board.

Of course, I’m sure that Gretzky himself would point out that this, by itself and without context, is a boneheaded approach.  (Michael Scott, on the other hand…)

Literally taking every shot turns you into Charlie from the first half of D3: The Mighty Ducks. And anybody who watched that movie as many times as I did as a kid knows that approach doesn’t lead to winning.***

The key is to perform a proper risk/benefit analysis.

Lending millions of dollars of your own money to Enron is probably a bad idea.  Don’t do that.  The odds of success are low, and consequences of failure are high.

On the other hand, submitting excerpts of your ninth grade diary to the New York Times is equally unlikely to be successful, but there’s really not any penalty for trying.  If that’s your dream, then go for it!  Same for asking out your cute neighbor, trying out for community theatre, or wearing that neon ski parka in public.  The odds may or may not be in your favor, but worst case scenario, the only thing you’ll hurt is your pride.

This carries over to business, too.

Sometimes, your money and reputation will really be on the line.  But other times, the main penalty for failure will be the hit to your ego.  In those cases, don’t be afraid to follow the lead of Michael Scott.

Nine out of ten times, you’ll look like a moron.  But that tenth time, you’ll achieve bigger things than anybody would have thought possible.

*Believe me, I read Huckleberry Finn as a kid.  If I thought that I could pull this off, I would.**

**Wait, did I say people don’t want to do my job for the heck of it? What was I thinking? I must have been referring to that lawn-raking job I had in middle school. This job is super incredibly fun, and I’d much rather do it than drink margaritas on the beach.  The only reason I don’t let other people fill in for me is because (1) Even for thousands of dollars, I can’t bear to part with this level of enjoyment for a single minute, and (2) I’m not sure it’s safe for people with heart conditions to experience this much pleasure.

***I missed the era of helicopter parents by a couple of years.  Consequently, 99% of my life lessons have been gleaned from either television, Snapple lids, or fortune cookies.  In all, I think this worked out pretty well, though my younger sister always seemed to end up with the blank fortunes. Consequently, she’s now at least 20% dumber than I am.