Construction Finance Fact: An Ode to the Shopping Mall 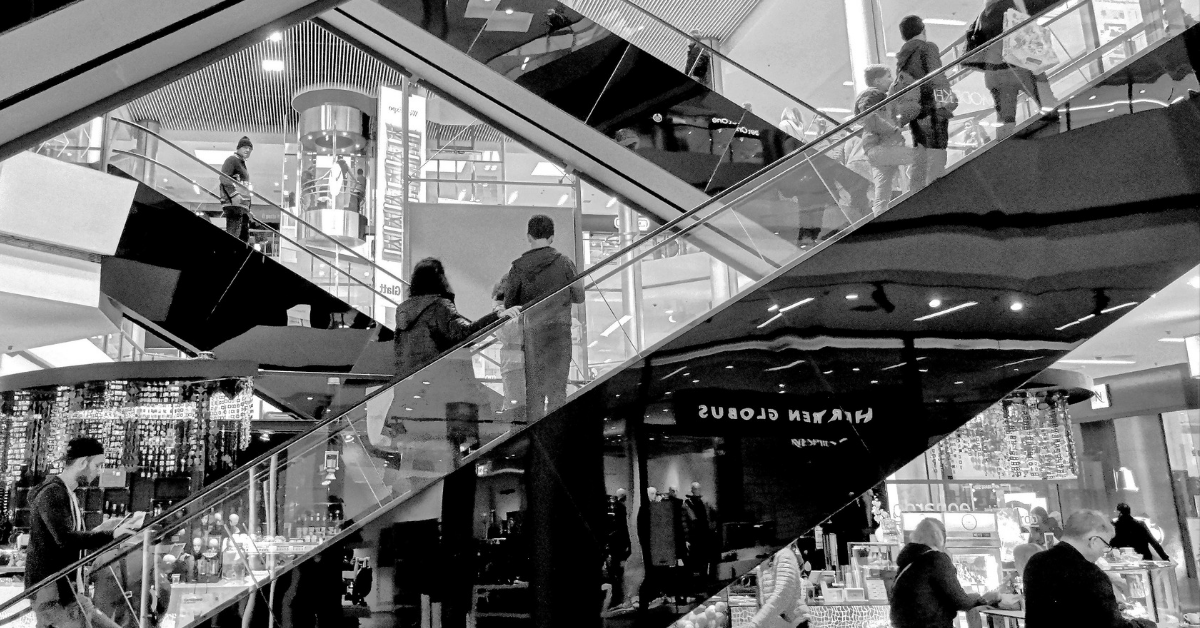 Most of the time, it all runs together into one endless soup of supplier management and paperwork, without much thought given to the project itself.

However, recently, one project caught my eye: A mall renovation.

As a kid of a certain era, there’s nothing that makes me happier than a trip to the mall.

Growing up, the mall was made of pure, uncut Obtainium. Store after store was packed with stuff that promised to solve my every need, and all for the cost of a few months’ allowance.  Abercrombie and The Limited and Lord & Taylor all played a siren song, drawing me in with hopes that a $40 shirt could finally transform me from an awkward, chubby kid who stumbled over words into the popular glamazon hiding inside.

Sure, the last twelve overpriced sweaters hadn’t really solved anything, but I assumed that was because I was shopping at the wrong places.

Maybe I wasn’t meant to be an athletic, carefree Abercombie girl.*  Maybe I was meant to be the kind of sophisticate who shopped at Neiman Marcus.  That was probably the issue…not my crippling insecurity or the fact that all 15 year olds are sort of lame and dorky.

A couple decades later, I’ve more or less come to peace with the fact that Ralph Lauren polos will not solve my every problem. My challenges run deeper than a $50 pair of khakis.  Still, the magic of the mall remains.  Those marble floors and predictable store fronts and sub-$100 price tags still whisper reassurance that everything will be okay.  That my life may not be perfect right now, but that maybe the only thing lacking is a new set of wine glasses.

All of this got me to thinking about the history of these wonderful places.

Who created these palaces to consumerism?  Who mined all of the world’s Obtainium, and decided to put it on display in suburban St. Louis (the mecca of my childhood dreams)?

It turns out that the shopping mall as we know it was invented by Victor Gruen, an Austrian born architect who came to the United States in 1938 to escape Nazi annexation.

When Gruen designed the shopping mall concept, he dreamed of a multi-use community; putting shops and housing and medical centers and community areas all under one roof.  In accordance with this plan, he designed the Southdale Mall, which opened in suburban Minnesota in 1956.

At the time of Southdale’s design, the plan was for lakes and apartments and schools to all be built nearby, giving the community a central hub of pedestrian-friendly activity.

Unfortunately for him, those other parts of the project ended up being scrapped.

There would be no schools or parks or apartments or medical centers at Southdale.  Just stores.  Lots and lots of stores, all connected by long, enclosed corridors.  And, to the slightly frostbitten shoppers of Edina, that alone seemed like a godsend.

In the coming decades, shopping malls proliferated, dotting the landscape of every suburb.

The corridors grew longer.  The escalators grew taller.  The fountains grew bigger.  The parking lots sprawled endlessly, allowing more and more people to stock up on the latest fashions.  People would drive from all over to come to these glorious palaces, completely negating Gruen’s vision, but shaping a way of life for those of us who grew up in the 80’s and 90’s.

Of course, as with all things in life, the tides eventually turned.  The last newly constructed Gruen-style mall was built here in Jonesboro, in 2006.  Since then, outdoor shopping centers have grown in favor; taking a similar concept, but eliminating the closed, climate controlled corridors.  Many of the traditional old malls have closed, and others yet have fallen into disrepair; now just a shadow of their 90’s glory.

Still others remain as vibrant as ever, attracting shoppers from all over, and still holding every bit the magic they did three decades ago; promising insecure junior high kids everywhere that a new pair of Nikes is all they need to transform into better versions of themselves.

Personally, the outdoor shopping centers just don’t hold the same magic for me.

Getting pelted by rain or baked in the southern July heat has a way of reminding me that reality exists.  In the midst of a frigid downpour, it becomes harder to pretend that a $50 serving platter from Neiman Marcus is the only thing standing between me and the life I wish I lived.  But there in Plaza Frontenac, surrounded by parquet and gently piped classical music? The world is already perfect, so why wouldn’t that serving platter deliver on every promise?

*Update: I definitely was NOT meant to to be an athletic, carefree Abercombie girl.  I once nearly gave myself a concussion with my own tennis racket, and I’ve never had a carefree moment in my life. Rolling the windows down in my Volvo is quite literally the most daring thing I do.