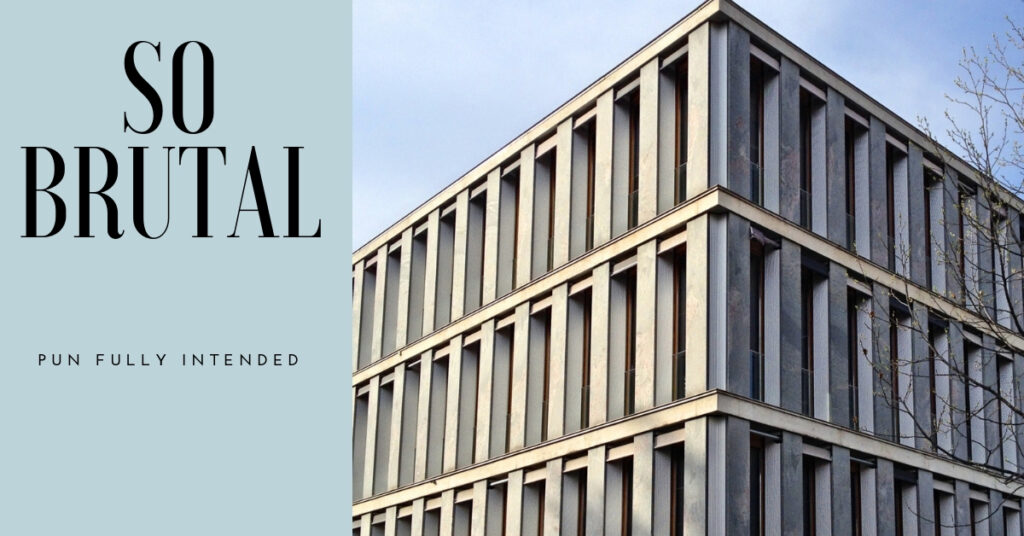 For today’s Useless Fact, I decided to try outsourcing.

One of my all-time favorite podcasts is 99 Percent Invisible, which covers pretty much exactly what it says–the weird, random stuff that’s right in front of us, but that nobody really gives much thought to.

Anyway, in terms of construction(ish) topics that they’ve covered, awhile back, they did a piece on one my favorite guilty pleasures: Brutalist architecture.

Brutalist architecture refers to those giant concrete buildings that everybody hates.  They tend to appear on college campuses.  They had a role in shaping the high-rise public housing that was built in the 1950’s.  Sometimes there are government buildings downtown that take advantage of brutalist principles.

Basically, they have zero positive connotations in most people’s minds.

But…they’re actually pretty cool (in a hideous, impractical, and difficult to maintain way).

Yes, the concrete cracks, creating all sorts of difficult-to-repair leaks.  Yes, they do tend to turn a weird, dingy color after a decade or two of exposure to the elements.  Yes, they do sometimes look rather…well, brutal. Yes, there is a reason that very few buildings were built like this either prior to 1950 or after 1970 (it was pretty short lived fad).

Still, at the end of the day, they were certainly an interesting experiment in alternative uses of building materials. And, they were a nice break from the standard red brick and white column neo-classical designs that are so prevalent in this part of the country.