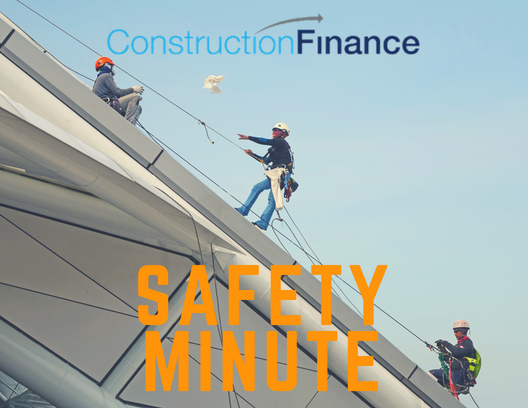 Most of the time, when we talk about construction site safety, we speak in generalities: The dangers of heat, cold, and complacency are all but universal to the industry.

However, after quite a bit of time on the road this summer, I decided it was time to dive into work zone safety.

Between 2011 and 2016, 532 workers were killed at road construction sites; the vast majority by collisions with vehicles.

These tragedies are, at the core of it, senseless.

Most of the time, fault lies in the hands of of drivers. Speeding, distracted driving, and driving under the influence have contributed to many of these deaths, and it’s impossible to completely control for human error.

The reality is, however, bad drivers are a foreseeable danger.

There have always been rushed men who think their tee time is more important than the posted speed limits, and tired moms who are more concerned with the two kids whining in the backseat than the orange cones in front of them.  There will always be drunk frat boys, and phone calls that just couldn’t be ignored, and teenagers fiddling with the radio controls.  Part of making our roadways safe is recognizing the potential for human error, and working to mitigate those dangers.

Several months ago, ConstructConnect posted a great article on making work zones safer, but below is a brief summery of the ways to improve work zone safety:

Particularly in areas with high speed traffic, it’s essential that drivers be given ample warning of upcoming work zones before it’s time to slow down.  The purpose of this is twofold:  First, it reduces the risk of pileups caused by drivers slowing at different rates. Secondly, it means that even if Rushed Ricky and Distracted Debbie didn’t notice the first sign, they’ll have a second and third chance to be warned of the upcoming work zone.  In a world where drivers don’t always pay rapt attention to their surroundings, this redundancy can be key to reducing accidents.

Orange barrels, cones, drums, and barricades not only draw visual attention to the work area; they help to establish a perimeter around workers.

Though such devices are unlikely to completely stop a speeding car, even the lightest weight cones demarcate where cars should and shouldn’t be; reducing the dangers posed by drivers who otherwise have a tendency to drive too close to unprotected workers.

3.  Have flaggers when needed.

Flaggers are one of your first lines of defense when it comes to protecting your road crews.  They can monitor traffic, and help ensure a steady flow.  When only one lane remains open, they’re crucial to helping cars funnel from both directions in a safe manner.  They also further increase visual awareness of the work zone, encouraging drivers to slow down.

Make sure that flaggers wear high visibility vests, and denote their presence with signage.  For the safety of everybody, it’s important that cars know to slow down before they reach the flagger.

Working at night can be a great way to reduce impact on traffic flow while also protecting workers from the heat, and getting the job done faster.  However, reduced visibility after dusk creates new dangers.

Flashing LED lights can help bring attention to crucial signs.  Flares and ground reflectors make those orange barriers more visible at night.  Lighting towers and illuminated arrows can tell traffic when to move over, and draw additional visual attention to the fact that people are working. All of these things will help reduce risk to road crews.

Also, when planning the lighting, don’t forget about your flaggers:  As the ‘first line of defense’, these guys have the least protection of anybody in a work zone, and as such, it’s crucial that they be highly visible.  In addition to the high visibility vests previously mentioned, if flaggers are going to be working at night, OSHA requires that candles at least 5 ft. in height be used.

The key to all of these things is recognizing that driver error is inevitable, and planning accordingly.  Don’t plan signage and lighting around the ‘ideal’ driver and traffic conditions: As much as we might all want to live in that world, roads will always have distracted drivers who ignore speed limits. There will always be dangers posed by blinding sunlight, fog, rain, or dusk. Roadways will always see heavier than anticipated traffic.  In order to improve work zone safety, we need to be cognizant of these facts, and design safety systems that account for these things.